The dates for the UK Hologram tour have been announced and go on sale next Friday!

Read More About it at BBC NEWS, at the TELEGRAPH & at the GUARDIAN 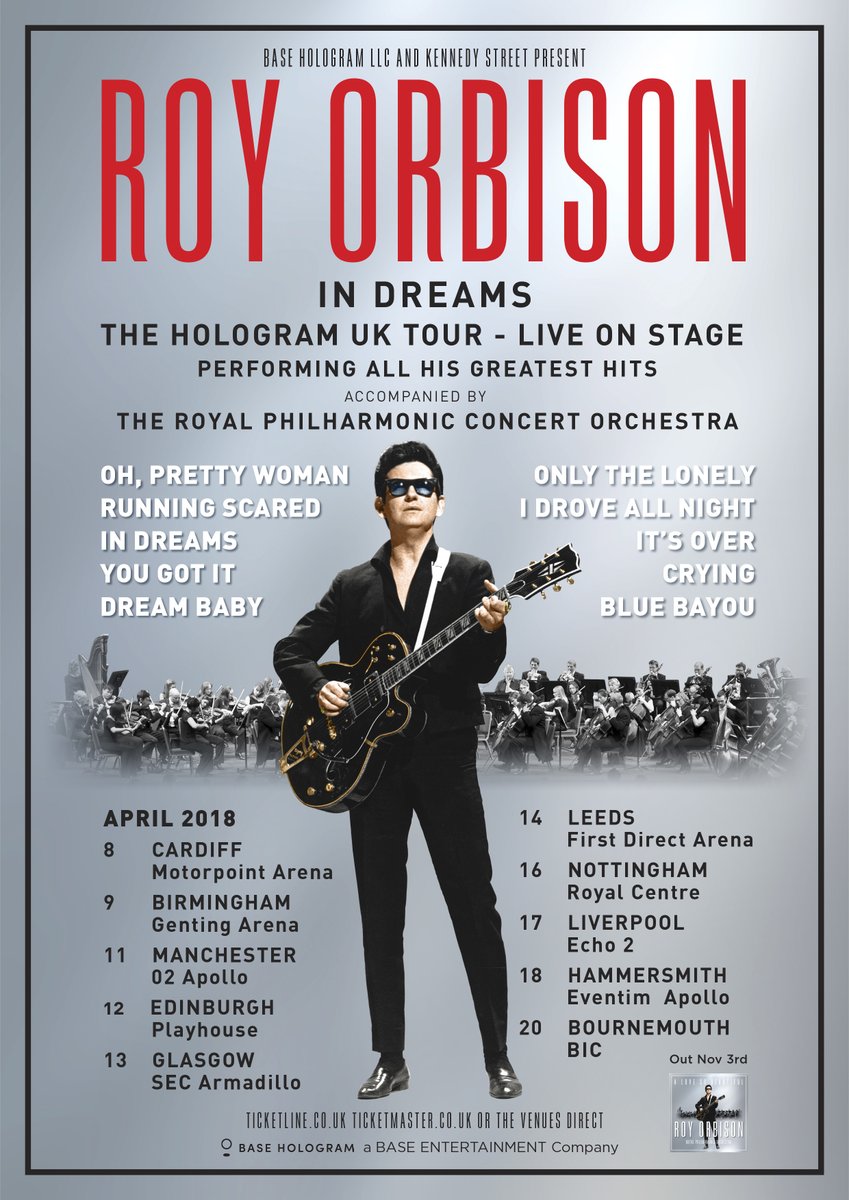 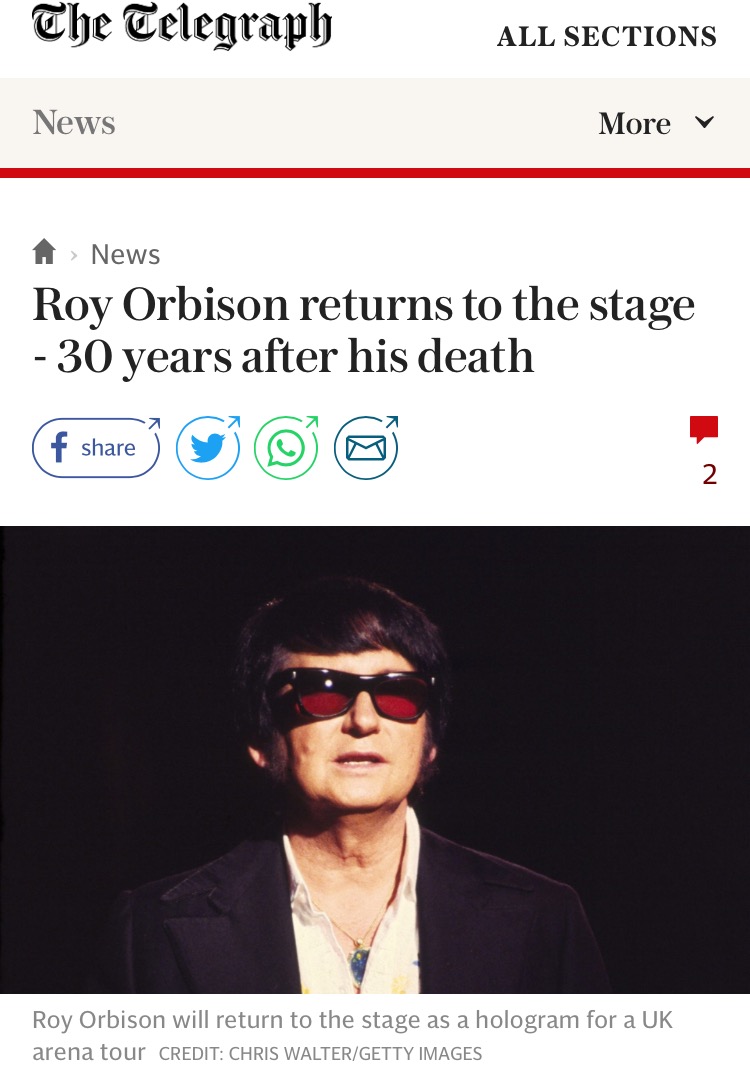 More photos from A Love So Beautiful: An Evening with Roy Orbison!

It couldn’t be with any more pleasure I congratulate my brother Roy Jr for marrying the love of his life! Also, very happy to announce the family is growing!

Read about their secret nuptials at People, Brides and Martha Stewart Weddings!

A LOVE SO BEAUTIFUL: ROY ORBISON WITH THE ROYAL PHILHARMONIC ORCHESTRA TO BE RELEASED NOVEMBER 3 BY ROY’S BOYS AND LEGACY RECORDINGS

orchestral accompaniment, plus additional instrumentation by Roy’s sons and grandson

May 25, 2017- New York, NY- On November 3, A Love So Beautiful: Roy Orbison with The Royal Philharmonic Orchestra will be released by Sony Music’s Legacy Recordings in partnership with Roy’s Boys LLC, the Nashville-based company founded by the late icon’s sons to administer their father’s catalog and safeguard his legacy.  Available on CD, vinyl LP and digital formats, this brand new album infuses Orbison’s best original vocal performances, consisting of hits and fan favorites such as “Oh, Pretty Woman,” “Crying” and “Only the Lonely,” with the emotion and world class musicianship of the Royal Philharmonic, London’s most notable

A Love So Beautiful: Roy Orbison with The Royal Philharmonic Orchestra is available to pre-order on CD, vinyl, and digitally:

Alex Orbison, President of Roy’s Boys and the youngest of Roy Orbison’s sons, stated, “If ever there were a singer whose body of work benefits from a collaboration with the Royal

Philharmonic it would be Roy Orbison.  During the course of his career and after his passing it was constantly noted that his transcendent vocal ability made him something of an anomaly in the world of pop and rock and that, in another life, he would have taken the classical music/opera world by storm.  Soon, we’ll all be able to experience that ‘life’ with the release of this project.  It’s more than an album release, it’s the fulfillment of a prophecy in a very tangible way.”

The material covered on A Love So Beautiful is vast, ranging from his early-mid 60s material on the Monument label where he hit his first commercial peak (“In Dreams,” “Blue Angel,” “Crying,” “Dream Baby,” “I’m Hurtin’,” “It’s Over,” “Mean Woman Blues,” “Only the Lonely,” “Oh, Pretty Woman,” “Love Hurts,” “Uptown”) up to his comeback in the late 80s before his untimely passing (“You Got It,” “I Drove All Night,” “A Love So Beautiful”).

A Love So Beautiful was produced by Don Reedman and Nick Patrick, who were also at the helm for the hugely successful albums If I Can Dream: Elvis Presley with The Royal Philharmonic Orchestra and The Wonder of You: Elvis Presley with The Royal Philharmonic Orchestra.   The orchestral component was recorded at Abbey Road Studios, Studio 2, in London (every Beatles album from 1964 on), while Roy’s sons recorded their parts in Nashville at Black River Studios that was previously owned by their father.

his stardom and up to his tragic end. Written by Wesley, Roy Jr. and Alex Orbison – Roy’s Boys – with the help of Jeff Slate, no stone has been left unturned in order to illustrate the people, places, things and events that forged their father, the man behind those famous sunglasses.

A Love So Beautiful: Roy Orbison with The Royal Philharmonic Orchestra track list: